To some what I’m about to say might sound a little spooky, but I’ll offer it anyway because it is my truth and experience. I have an energy field about me. It is one that I have created with my thoughts, words and actions. Thoughts in that I do my best to think positive things about my health and safety. Words in that I don’t allow words to leave my mouth, enter my ears that state that I am vulnerable, weak and need outside protection and actions in that I practice movement forms such as qigong and others that literally build both my internal and my auric fields, fields that both energize and protect me. 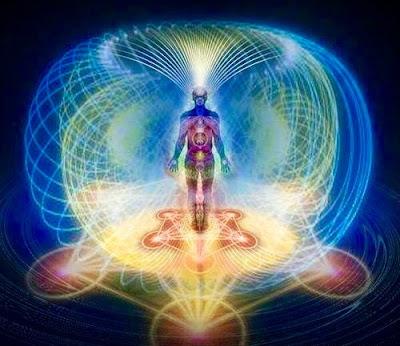 Some don’t recognize such. They might because of their belief system instead say “I have angels all around me”.  And that’s fine, but all too often those who depend on beings outside themselves to do the work of protecting, blessing, etc are found wanting when the Sh-t hits the fan and at that time offer the all too often phrase “I guess it was God’s will that I am sick, dying, injured”. I don’t doubt there are beings in the universe we don’t see. I believe we only “see in Part”, but I don’t believe, because I have no evidence, that these beings have any interest in protecting or blessing me. I don’t think the universe is all about me, my needs, my body, my family and that it spends its time monitoring me every moment of my day waiting to rescue or find me a parking space. 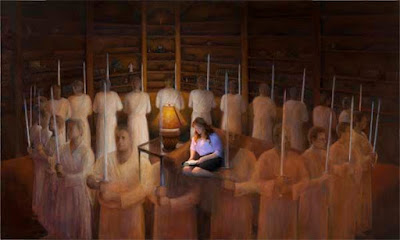 I have had unexplained things happen, things that in the past I have attributed to divine intervention. In 1988 I was crossing a six-lane Blvd. when my mini van was struck broadside by a speeding car. The van continued on two wheel across the road then when it fell on all fours flipped over sending me the driver though the passenger window as it traveled towards the pavement.  At this point both my arms and my head were outside the vehicle as my body was held inside by the lap belt that was now under my knees. As I prepared myself in for impact I remember thinking “this may kill me”.  Suddenly I felt something pull me back inside. The van then settled to the road and I was now inside, bleeding, but not a broken bone and my head was in one piece. I was amazed and grateful.

For a long time I told this story believing an angel had pulled me back in, but as I grew in understanding and became willing to let go of possibilities and began to only rely on what could be proven. So instead of talking about the unknown my testimony was now only "some thing wonderfully unknown had happened that day". This is more genuine, allows for all possibilities yet doesn’t set up expectations of unseen forces being there to protect me, nor set up expectations in others that they can be foolish and expect some being to come save them. If this were true then the nasty question that has come up for centuries would have to arise “why me, and why not Johnny or Jane or the little child down the block whose parents grieve because they have died in some terrible accident".

This sort of thinking has caused millions to either love or hate god. To give him credit for saving them or the blame for a death. Isn’t better to just live in the truth that can be seen? The truth that shit happens and something that shit turns out ok and sometimes it’s just shit? This has become my conclusion. I’m not asking anyone to give up their faith and to follow me, but I would ask them to come out of the dark ages and to live a spiritual life without making up stories to prop it up. Yes there are things beyond our understanding, but let it stop there. It seems to me we have for the sake of “knowing” made up stories to answer “unanswerable questions” such as: when did the world begin, who created it, where did we come from, where do we go when we die? In Zen Buddhism one of the most honored answers one can give to such questions is “I Don’t Know”.  We don’t need to answer every question, especially if they are truly unanswerable. If one wants to live their life as a researcher or scientist searching for answers that’s wonderful, but those who do this won't say I have the answer until they find the proof it’s a true.

This is “Good Friday” and I’m sure some may say this is disrespectful, blasphemy to write such a blog and a day like this, but ask any theologian and he she will tell you from all evidence Jesus was crucified on a Wednesday.

As we continue it evolve I think we need to see things “as they are,” not as we hope or dream them to be. If there is a God he, she, it is an extraordinarily intelligent and logical being. I don’t think god would be in agreement with his creation, if he did create us, living a life of dreams and fairytales. I instead believe god would have us to evolve to a place closer to a god, a clarity of mind and heart that is both brave and wise.

We are more powerful than we allow ourselves to believe. I believe because we may feel unworthy because of the guilt placed on us by religion to rely on ourselves to save ourselves. We can build an energy field about us, a field that is provable, has been measured and is both protective and empowering. This field is ours and we are responsible for not only creating it, but maintaining it.

It’s truly up to us what will happen and what we cannot control will occur. This we need to accept.